Blu-ray Review - You, Me and Dupree 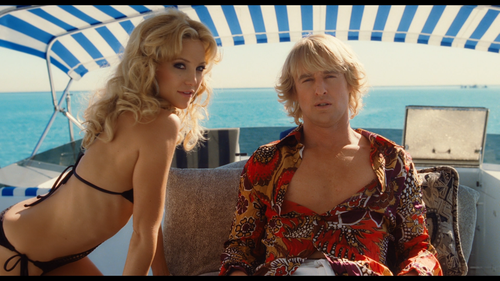 2006's "You, Me and Dupree" arrived in theaters during a time when Owen Wilson could do little wrong. Graduating from Wes Anderson appearances to major studio films, Wilson was coming off such smashes as "Wedding Crashers" and "Meet the Fockers," with hungry studios eager to build comedic vehicles for the star. While enthusiasm was pure, quality was lacking. "You, Me and Dupree" is perhaps the worst of the bunch, and not because it's offensive or simply unfunny, it just doesn't even try to be anything but a predictable comedy lacking the energy to color outside the lines. And there's Wilson in the middle of the malarkey, trying to whine and wince his way around material that never had a pulse to begin with. Perhaps the production was launched with good intentions, but it lands with a tremendous thud. Read the rest at Blu-ray.com