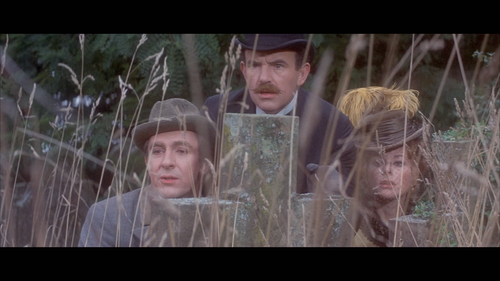 1970's "The Private Life of Sherlock Holmes" isn't concerned with radically reworking Arthur Conan Doyle's celebrated character, but it does retain a surprising bluntness when it comes to the behavior of the consulting detective that few adaptations have pursued. It's a movie from Billy Wilder, created during the twilight of the iconic filmmaker's career, interested in merging traditional Holmes-style mystery with fussy character business, highlighting relationships and curiosity as clues are followed and suspects are studied. Assembled with real snap by Wilder and his frequent collaborator, co-writer I.A.L. Diamond, "The Private Life of Sherlock Holmes" is an extremely amusing and engaging picture, taking care of all the expected detective work as it offers a few surprises of its own. Read the rest at Blu-ray.com