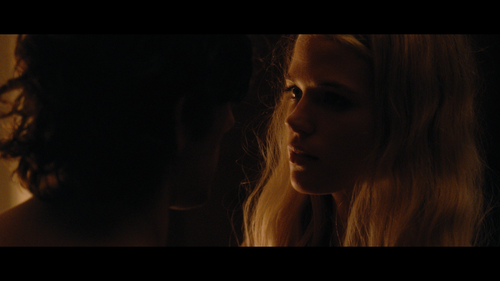 The 2014 version of "Endless Love" has taken some drastic steps to avoid comparison to other incarnations of the same story. Originating from a 1979 novel by author Scott Spencer and adapted into a popular 1981 picture starring Brooke Shields (featuring an omnipresent theme song that ruined roller skating for everyone in the early eighties), "Endless Love" is a tale of dark obsession and manipulation, powered by a bittersweet quality that reinforces the dangerous games of affection played by the characters. The New "Endless Love" is defanged claptrap for 13-year-olds with no sense of how the world actually works, drained of any threat, heat, or logic as it manufactures a love story where idiocy is celebrated as laudable passion. If you're familiar with the book or the earlier feature, this "Endless Love" won't be recognizable. Imagine if "Star Wars" was the cinematic adaptation of "Bridget Jones's Diary," and that's as close as co-writer/director Shana Feste gets to the source material here. Read the rest at Blu-ray.com