Film Review - We Are the Best! 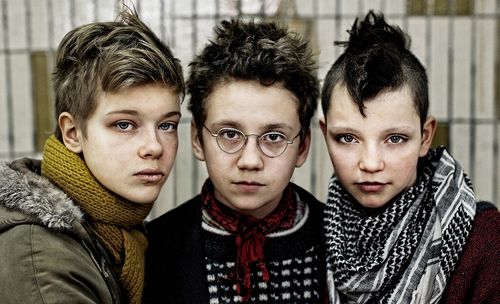 After a stunning early career with such pictures as “Show Me Love,” “Together,” and “Lilya 4-Ever,” writer/director Lukas Moodysson has spent the last decade floundering with artful, symbolic, but often unsuccessful efforts, trying to reclaim his voice through chaos and strained drama. “We Are the Best!” (his first film since 2009’s “Mammoth”) restores some of Moodysson’s lost mojo, helming a loose, buzzing dramedy about musical ambition and personal expression. Although the movie often goes cross-eyed trying to figure out how to slip out of scenes, it retains joy and a rich sense of curiosity, brought to life through three terrific lead performances Moodysson manages with palpable glee. It’s great to have him back on two feet again. Read the rest at Blu-ray.com