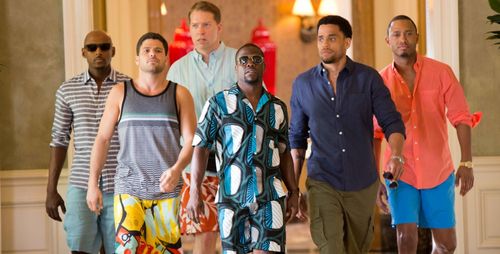 The whole point of 2012’s “Think Like a Man” was to celebrate the words of wisdom shared by comedian Steve Harvey. Adapting his 2009 book, “Think Like a Man, Act Like a Lady,” the feature embarked on a study of coupling, clashing personalities, and gender solidarity. It wasn’t a good film, but it was a box office hit, with audiences eager to absorb relationship advice from the host of “Family Feud.” For “Think Like a Man Too,” everything that defined the original picture has been wiped away, replaced with straightforward shenanigans, taking the celebration of dysfunction to Las Vegas, where, despite ample evidence of the contrary on television, anything goes. If the first movie was an irritating, poorly managed tale of people in love, “Think Like a Man Too” is straight-up obnoxious. Read the rest at Blu-ray.com