Film Review - They Came Together 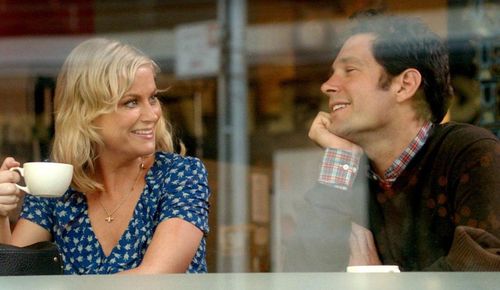 Making fun of the romantic comedy genre isn’t difficult, and with most productions gladly gobbling down the same clichés, they already approach satire without knowing it. “They Came Together” has the advantage of actually trying to pants the formula, with “Wet Hot American Summer” and “Role Models” co-writer/director David Wain masterminding a blissfully silly effort that has fun with screen conventions, shredding such repetition with a joyful sense of humor that’s always on the hunt for insanity. Hilarious and rarely interested in mean-spirited evisceration, “They Came Together” is a wonderfully scattered picture, also reinstating hope that someone out there actually understands what a parody film is supposed to look and sound like. Read the rest at Blu-ray.com