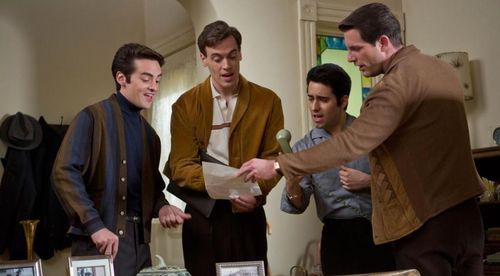 “Jersey Boys” was a sensation on Broadway, charming audiences and even winning a few Tony Awards in a run that continues to this day. It’s a show known for its lively energy, its toe-tapping hit songs, and meaty East Coast attitude. So why is the big screen incarnation such a joyless, tuneless slog? Perhaps most of the blame can be placed on director Clint Eastwood, who doesn’t possess the right kind of rhythm to make the material stand up and sing as it should. There’s also the legacy of Frankie Valli, the star of the show and a man treated so preciously, he’s practically fitted for a halo. Whatever magic was created onstage is missing from the movie, which spends more time mourning The Four Seasons than celebrating what made them a massive group to begin with. Read the rest at Blu-ray.com