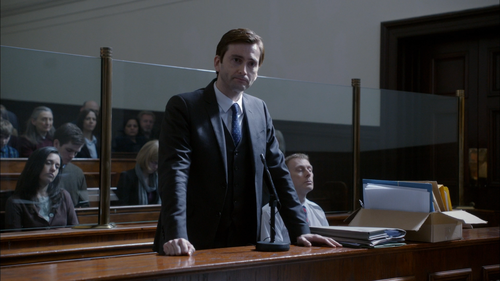 It's difficult to tell if "The Escape Artist" is meant to be a singular three-episode event or the pilot for a series to come. Either way, the program has its appeal, embarking on an extended arc of suspicion and revenge that teases stiff legal reasoning, only to give in to traditional thriller mechanics. It's a courtroom thriller with a side of respectable rage, and it mostly works, thanks to a superb lead performance from David Tennant, who holds "The Escape Artist" together when it occasionally rides off the rails, giving in to obvious performances and screwy plot turns. At the very least, it would be fun to see Tennant inhabit this character to solve a crime every year, with this introduction creating a credibly broken character whose fight for justice emerges from a rattled headspace, not an intellectual need to dominate the legal system. Read the rest at Blu-ray.com