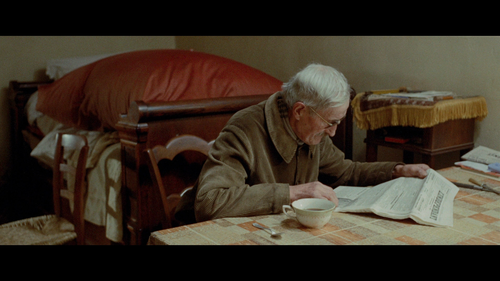 "Cousin Jules" is a staunchly observational feature. It's the only credited work from writer/director Dominique Benicheti, who poured five years of his life into the making of the documentary, emerging from the thick of production in 1973 with a portrait of man and a woman and the farm they tend to on a daily basis. It's difficult to understand what Benicheti was hoping to achieve with "Cousin Jules," but his commitment to this epic display of rustic minutiae is something to behold, filmed in CinemaScope to bring out visual depth, even for the most mundane of tasks. And believe me, the tasks are mundane. It's a simple picture, but beautifully symbolic and endlessly fascinated with its subjects, looking to impart an appreciation for routine and its rhythmic elements, questing to manufacture screen poetry along the way. Read the rest at Blu-ray.com