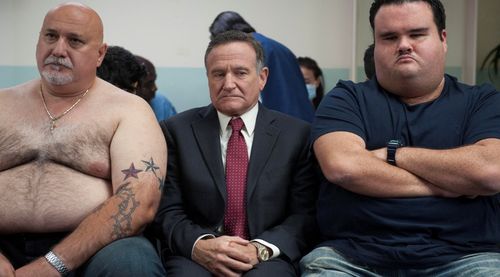 Phil Alden Robinson is a talented filmmaker, responsible for gems such as “Sneakers” and “Field of Dreams.” It’s been quite some time since he last helmed a movie, dating back to 2002’s underrated Jack Ryan thriller, “The Sum of All Fears,” making his latest, “The Angriest Man in Brooklyn,” interesting before it even begins, as it represents material that pulled Robinson out of whatever semi-retirement state was in. Once the feature gets going, hope for a wondrous return to form is lost, as Daniel Taplitz’s screenplay is soaked in phoniness, while Robinson can’t get his hands around the premise, swinging wildly from farcical elements to wearisome melodrama, offering a shapeless, tedious pass at a self-improvement picture. Read the rest at Blu-ray.com