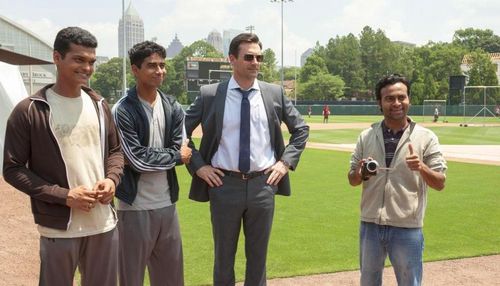 Poised to become the sleeper hit of 2014, “Million Dollar Arm” plays a familiar feel-good tune to reach a mass audience. It’s a charmer, but not an especially original one, and those on the hunt for more challenging fare should seek their summer entertainment elsewhere. Instead of edge, “Million Dollar Arm” offers heart, assembling an off center baseball picture that’s big with culture clash comedy and character arcs of self-improvement, leaving little to the imagination. While it’s a formulaic effort, it’s not entirely lazy, putting some genuine thought into these personalities and the struggle of the foreign experience without resorting to mean-spirited stereotyping. Read the rest at Blu-ray.com