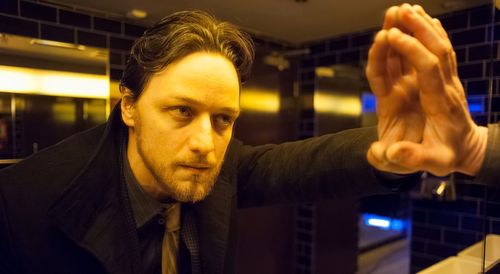 When the source material for a movie emerges from the mind of novelist Irving Welsh, certain expectations for European hellraising are set. “Filth,” an adaptation of Welsh’s 1998 book, follows the writer’s routine, summoning a carnival of chemical excess and bad behavior that’s tied to past trauma, playing both the impish qualities of troublemaking and its deep-seated shame. After “Trainspotting,” “The Acid House,” and “Ecstasy,” perhaps everything about Welsh’s work has been sufficiently exploited by now. “Filth” proves there’s a little more gas in the tank than originally thought, and while the feature isn’t as cohesively anarchic as it imagines itself to be, it works in fits, boosted by a triumphantly face-rubbing lead performance from James McAvoy. Read the rest at Blu-ray.com