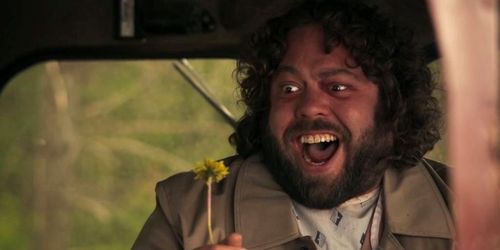 As an actor, Dan Fogler has always been a troubling screen presence. Often stuffed into sidekick roles where his red-faced, mumbly sense of humor could be counted on to bring the laughs, Fogler often floundered in hapless pictures such as “Fanboys,” “Good Luck Chuck,” and “Take Me Home Tonight.” With “Don Peyote,” Fogler aims to enhance his shtick with a heavy dose of surrealism, co-creating (with Michael Canzoniero) this expedition into the folds of consciousness, with emphasis on splattered visions, a taste of madness, and musical numbers helping to bring this no-budget effort to life. To write that this is the most appealing Fogler has been on-screen to date doesn’t mean much, but as scattergun, super-freak-out cinema goes, “Don Peyote” is almost patiently weird enough to work. Read the rest at Blu-ray.com