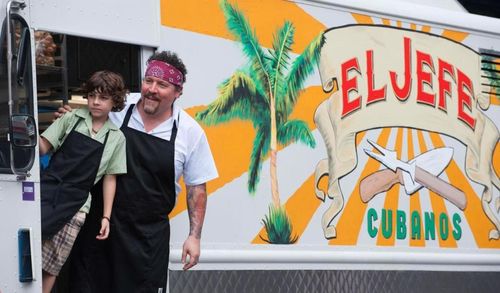 It’s been 13 years since Jon Favreau made a small-scale comedy like “Chef.” In the interim, he’s been busy making blockbusters and helping Marvel get their act together with the eye-opening success of 2008’s “Iron Man” and its sequel. “Chef” returns some much needed spontaneity to the helmer’s filmography, creating a character-based story that trades enormous displays of CGI for the miracle of cooking, using succulent showcases of kitchen creations to lure viewers in while an effectively simple tale of growth and responsibility plays in the background. It’s a lovely picture, brimming with an elastic sense of humor and modest pathos, returning Favreau to a position of behavioral observation, playing around with screen essentials instead of organizing colossal elements of action. Read the rest at Blu-ray.com