Blu-ray Review - The Man Who Lies 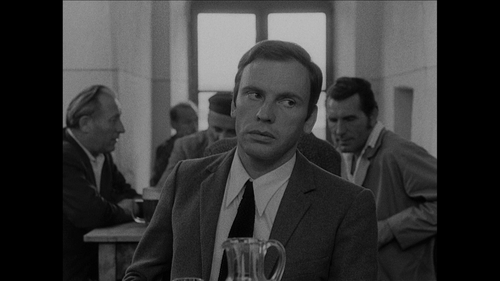 After the success of "Trans-Europe Express," director Alain Robbe-Grillet continued his exploration of the abstract with 1968's "The Man Who Lies," a fascinating but bloodless film interpretation exercise that's more academic than involving. Working with the concept of the untrustworthy narrator, Robbe-Grillet invents a puzzle of deception that only he can solve, or perhaps nobody can -- either way, the helmer seems to be satisfied with the confusion he summons and the manipulation he maps out. The effort is impressively knotted and bizarre, but Robbe-Grillet treats emotional involvement like a case of the cooties, once again making viewing of his work an extended appreciation of cinematic form, not storytelling. Read the rest at Blu-ray.com