Blu-ray Review - The Dave Clark Five and Beyond: Glad All Over 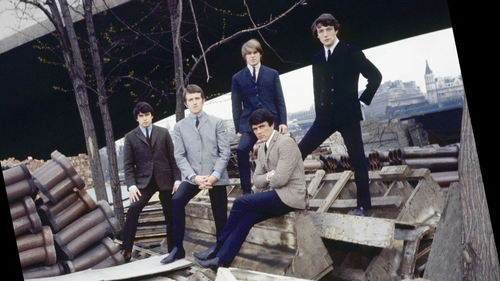 The documentary "The Dave Clark Five and Beyond: Glad All Over" is intended to celebrate the career of the titular band, who rocked the British and U.S. charts during the 1960s with their thumping rock and roll sound and clean-cut looks. They were an integral part of the British Invasion, but a group that's often overlooked when talk of The Beatles and The Rolling Stones arrives, forcing Dave Clark himself to launch a media revival, using the two hour retrospective to remind viewers of such classics as "Glad All Over," "Bits and Pieces," and "Catch Us If You Can." His evidence is persuasive, but the control-freak tone of the effort is disconcerting, with Clark producing and directing the picture, which eventually abandons Dave Clark Five history altogether to focus on Clark's achievements as a burgeoning mogul and his forgotten stab at musical theater with 1986's "Time." A mixed bag of treats, "Glad All Over" is often more frustrating than enlightening, though there's pure joy in seeing performance footage from 50 years ago, watching the band tear through television and stage gigs with a unique sonic energy and cheery demeanor. Read the rest at Blu-ray.com