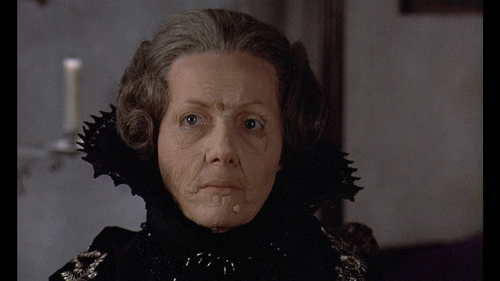 "Countess Dracula" is a confusing title for this 1971 feature, as traditional images of fangs, bloodsucking, and undead majesty aren't included in the story. A Hammer Film production, the picture eschews gothic severity to portray a unique panic tied to the aging process, with the titular character not interested in drinking blood, only out to bathe in the stuff. Details, people. While "Countess Dracula" runs out of drama after the hour mark, this is an engaging effort from director Peter Sasdy ("Hands of the Ripper"), who wisely plays up the exploitation aspects of the production to avoid answering questions, keeping the film more invested in a dark hunt for virgin flesh as it teases strange fairy tale elements, though, overall, it's executed with enough exposed flesh and growling jealousies to keep it engaging in a B-movie manner. Read the rest at Blu-ray.com