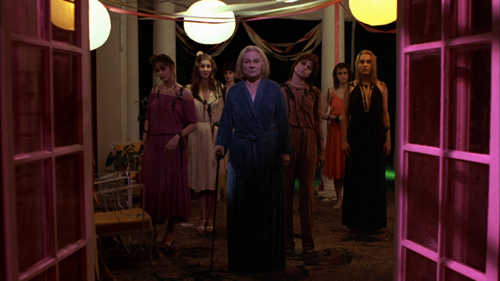 1983's "The House on Sorority Row" was released during a fertile time for slasher entertainment, when everyone with access to a camera, topless actresses, and fake blood decided to launch their own horror experience to cash in on the macabre merriment. Unfortunately, most of these productions were derivative of one another, riding trends to a point of exhaustion. The surprise of "The House on Sorority Row" is how it teases such genre fatigue, yet manages to build a semi-effective scare machine of its own, merging "Friday the 13th" levels of gore with a distinct Hitchcockian influence that pushes the picture into thriller mode over your basic rampage-and-stab viewing experience. Creative particulars are unexpectedly tight, with writer/director Mark Rosman investing in suspense over pure exploitation, though the basics in nudity, bloodshed, and screamy panic are covered. Read the rest at Blu-ray.com