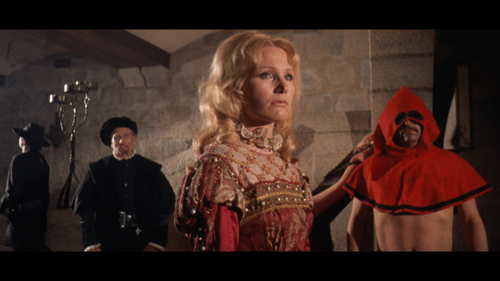 The late Jess Franco was an insanely prolific director with a specific appetite in exploitation cinema. Perhaps 1973's "The Demons" doesn't summarize his skills as a helmer, but it's a solid introduction to his fetishes, delivering a movie that's stocked with graphic violence and softcore sex scenes. It's a ludicrous picture at times but it's undeniably fascinating, with Franco pursuing a provocative screen energy that's often impossible to achieve, merging lustful antics with historical hysteria. It's a Penthouse Letter written during Sunday School, and while it's never secure in its storytelling, often trailing off into inscrutable conflict, "The Demons" is memorable, with a specific visual approach and strange sense of evil that keeps it moving along for its entirely excessive two-hour run time. Read the rest at Blu-ray.com