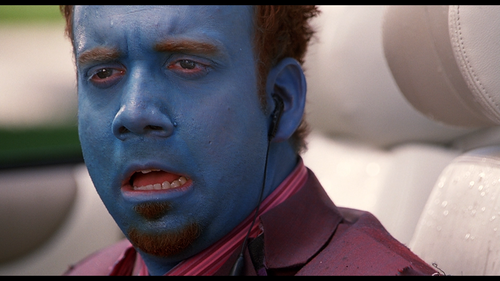 The manic energy of "Big Fat Liar" is almost too much to handle. Aimed toward the attention spans of 8-year-olds, with agonizing screenwriting simplicity to boot, the picture is a dizzying display of slapstick comedy with an industry insider lean, taking on the immoral cesspool of Hollywood with a pronounced Nickelodeon tone of pre-teen mischief. Marking Shawn Levy's big studio debut as a director, "Big Fat Liar" plays as broadly and obviously as possible, missing necessary laughs that could make it all palatable. Instead of considered humor, there's Paul Giamatti, who pops a lung with his bellowing performance here, leaving no scene unchewed. It's an aggressive, obnoxious turn from an actor addicted to harmful decibel levels, slamming the otherwise witless endeavor with his wall of noise. It's a feature best viewed on mute. Or not at all. Read the rest at Blu-ray.com