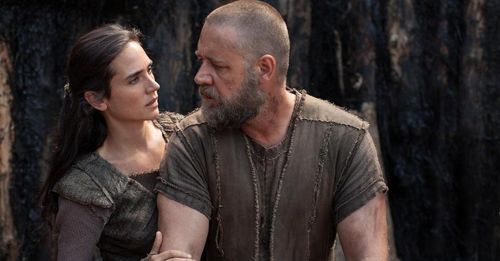 With “Noah,” writer/director Darren Aronofsky endeavors to create a biblical story that’s never been seen before. Forget “The Ten Commandments” and “The Passion of the Christ,” this tale of godly might is more in the vein of J.R.R. Tolkien, complete with epic battles featuring faceless hordes, windy dialogue, and towering creatures that move with a distinct stop-motion animated lurch. The element of surprise works well for the filmmaker, but he can’t sustain the initial burst of invention, with “Noah” slowly grinding to a halt as it develops bland characters and protracted dramatic confrontations. Aronofsky is used to taking risks with his work, but this one slips out of his control, obsessed with overwhelming the audience instead of inspiring them with a depiction of spiritual courage. Read the rest at Blu-ray.com