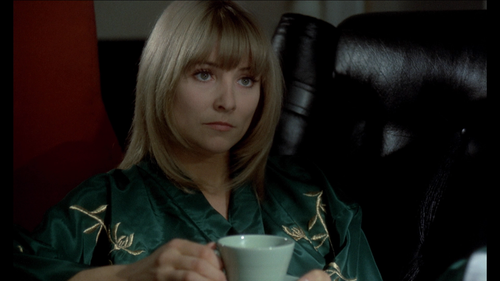 "The Flesh and Blood Show" opens with a shot of blood pouring down a pier pillar, setting a macabre mood for all the evildoing to come. It's a fantastic way to kick off the picture. Cruelly, it's the first and last bit of nasty business to cause a scene in the movie. A 1972 effort from director Pete Walker, "The Flesh and Blood Show" doesn't even seem particularly interested in scaring its audience, instead offering a mix of titillation and flaccid dramatics to fill the run time, while suspense is nonexistent, featuring extended sequences of horror that aren't the least bit frightening. Although the collision of egos, nudity, and infighting certainly has promise, it remains unfulfilled in Walker's feature, which is so glacial and mild, it's a wonder what the production was actually trying to achieve with its emphasized but underutilized genre elements. Read the rest at Blu-ray.com