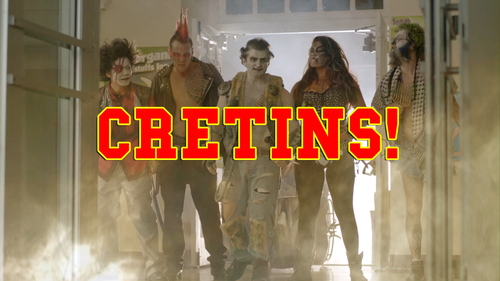 When Lloyd Kaufman gets around to making a movie, he doesn't mess around. The co-founder of Troma Entertainment, Kaufman returns to directorial duties with "Return to Nuke 'Em High: Volume 1," a reboot of the cult splatter series from the 1980s and '90s. Opening with narration by Stan Lee, a starring credit for "Kevin the Wonder Duck," and seasoning the agony early with a scene of penile dismemberment and full-body melt, the feature doesn't waste any time trying to become the zaniest, goriest, more offensive picture of the year. Mission accomplished, but with Troma, a little ugliness goes a long way, and while "Return to Nuke 'Em High" retains a certain B-movie moxie, its chaotic nature fatigues the film long before it reaches its non-conclusion. Points to Kaufman for the hurricane of sick ideas, but would it kill Troma to show a little patience? Read the rest at Blu-ray.com