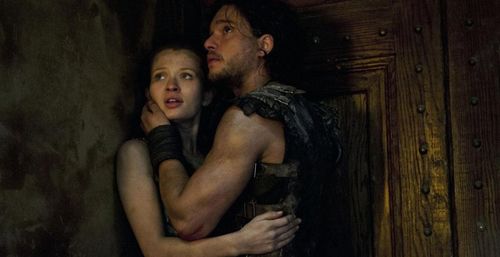 When one thinks of history, of powerful screen romance, of epic cinema, the name Paul W.S. Anderson doesn’t immediately spring to mind. The director of “Death Race,” “Aliens vs. Predator,” “The Three Musketeers,” and numerous other disappointing pictures, Anderson swings for the fences with “Pompeii,” his take on a “Titanic”-style spectacle. Typical of his work, this doomsday romance flounders from the get-go, unable to make a sizable imprint on the heart with its cast of dullards, while volcanic bedlam is reduced to a cameo as the screenplay clings to matters of gladiatorial bonding and political corruption. Because when one buys a ticket to a movie called “Pompeii,” one expects a prominent subplot about a jittery horse and stale banter between two slaves. Read the rest at Blu-ray.com