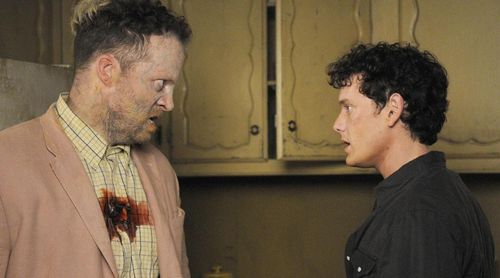 Writer/director Stephen Sommers makes a specific type of feature, even when he’s trying to broaden his horizons. The helmer behind the first two “Mummy” extravaganzas, “G.I. Joe: The Rise of Cobra,” and “Van Helsing,” Sommers is an architect of noise and speed, bringing his interests to the delicate story of “Odd Thomas,” adapting the popular book by Dean Koontz. Although it plays swiftly, the picture doesn’t unleash excitement, with the demands of exposition and the moviemaker’s insistence on explosions and swirling visual effects diluting the pleasingly weirdo vibe. As a television pilot, “Odd Thomas” is agreeably small-scale and wide open for episodic exploration. As a film, it’s unnecessary overkill, either explaining things or destroying things as it inspects the titular character’s powers. Read the rest at Blu-ray.com