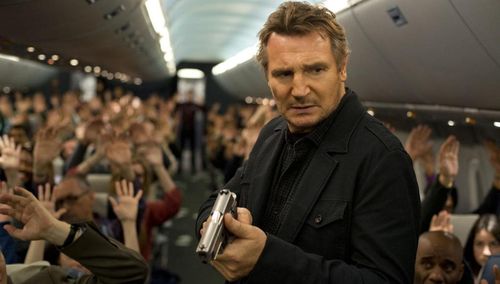 At the age of 61, Liam Neeson has developed into one of the screen’s great action heroes. However, in this quest to remain a superman, the actor has shown questionable judgment in scripts and directors. “Non-Stop” reteams Neeson with helmer Jaume Collet-Serra, with the pair previously collaborating on the dismal 2011 thriller, “Unknown.” Despite a crackerjack premise and a decent first hour of suspense, “Non-Stop” abandons the art of surprise to magnify its menace, losing the promise of clandestine evildoing to play up Neeson’s knighthood. Instead of unleashing a proper thrill ride, the picture eventually clings to predictability and irrationality, ignoring the sinister potential of the material to go through the motions. Read the rest at Blu-ray.com