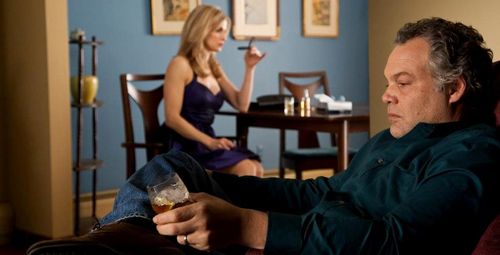 “Chlorine” is a throwback to the mid-1990s, where independent film flourished via young directors and hungry distributors. It’s such a retro feature, I had to check the date of production after a viewing, just to make sure the effort wasn’t actually from two decades ago. Turns out, there’s some age to the movie, which was shot in 2010 and is only now receiving release, with studios understandably wary of spending money on a picture that doesn’t have an identity or even secure tech credits. Derivative and unresponsive, “Chlorine” tanks every idea it submits, incapable of achieving the pathos it sets out for itself, lost to filmmaking limitation and thematic inertia. Read the rest at Blu-ray.com