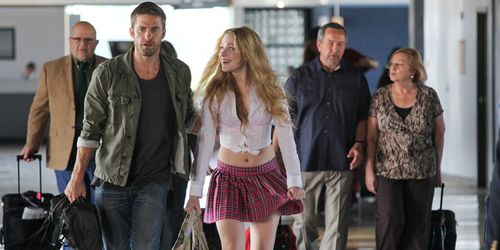 There was once a time when director Andrew Fleming made fantastic films. It was the 1990s, with the trifecta of “Threesome,” “The Craft,” and “Dick” showcasing the helmer’s ease with genre-hopping and his skill with a punchline, tapping into the youth experience with entertaining results. His career has stumbled in ensuing years with misfires such as “The In-Laws” and “Hamlet 2,” but “Barefoot” is where Fleming hits rock bottom. A borderline tasteless romantic comedy featuring seriously disturbed characters, the picture is without consequences and appeal, carrying along as an unfortunate road movie and commentary on the fragility of love. And there’s not a single scene of humor that works. There are a host of bad decisions competing for screen time in “Barefoot,” keeping Fleming juggling tone as the story runs into a brick wall. Read the rest at Blu-ray.com