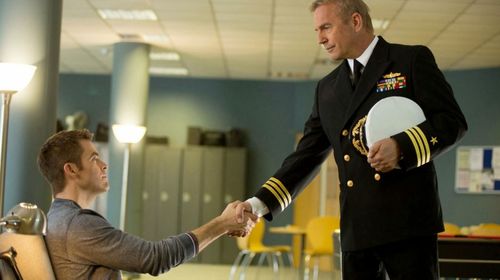 Hollywood can’t quit Jack Ryan. The famous character from the books by Tom Clancy (who passed away last year), Jack Ryan have survived four adventures in global terrorism on the big screen, portrayed by Alec Baldwin, Harrison Ford, and Ben Affleck. Quality has ranged some (1990’s “The Hunt for Red October” is masterful, 1994’s “Clear and Present Danger” is not), but the core espionage experience has remained the same, resulting is a satisfying run for the franchise, even with all its sudden changes in creative direction. 2014 brings us “Jack Ryan: Shadow Recruit,” another attempt to revive the brand name for a new round of sequels, this time gifting Chris Pine the clipboard and the gun. Despite the occasional dollop of dopiness, the new Jack Ryan extravaganza carries itself confidently as an actioner, reworking the titular analyst to fit a tech-heavy world, with director Kenneth Branagh excited to stage a global nightmare for our hero to conquer. Read the rest at Blu-ray.com