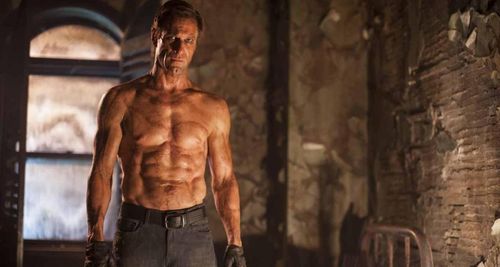 “I, Frankenstein” has been promoted as the latest release from the creators of “Underworld.” What the marketing fails to mention is that the effort is more of a remake of the hit 2003 picture starring Kate Beckinsale than a kissing cousin, trying to replicate the fantasy recipe to help launch a new franchise. The formula worked relatively well for “Underworld” and its three follow-ups, but I doubt we’ll see another chapter of the “I, Frankenstein” saga beyond this lumbering movie. Far too synthetic and dramatically self-conscious to embrace as genre escapism, the feature never builds its own dark personality, more invested in drab mythmaking than hearty, exciting storytelling. Read the rest at Blu-ray.com