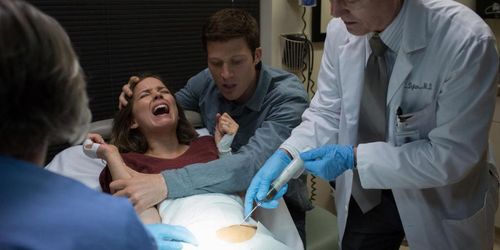 “Devil’s Due” is the second of three found footage productions hitting theaters in January. What started as an innocent trend has now turned into a threat to the horror genre, with directors growing comfortable with the subgenre, but failing to do anything new with it. “Devil’s Due” is stale, derivative (a knock-off of “Rosemary’s Baby”), and largely uneventful, testing the patience of moviegoers as directors Matt Bettinelli-Olpin and Tyler Gillett elect to conjure a sense of rehearsed reality, only to skip any justification for the images on the screen. Of course, sizable scares would be enough to forgive the lethargy of the film, but the feature is missing those highlights as well, leaving ticket-buyers with more questions than chills. Read the rest at Blu-ray.com