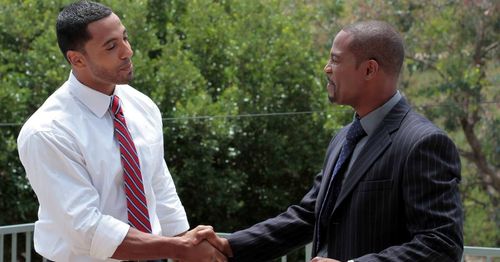 Simple pleasures carry the romantic comedy, “Black Coffee.” Writer/director Mark Harris works with a tiny budget and limited cinematic scope, but his dedication to sensitivity and character is compelling enough to pass, making the feature something different in a marketplace overstocked with the same story. A film from a black perspective that doesn’t invest in hysteria, stereotype, religion, and appears genuinely interested in articulating themes of self-improvement without resorting to brutal pandering to bring its message to the masses? “Black Coffee” isn’t a major force of moviemaking, but it’s a refreshing picture, displaying impressive restraint and intelligence as it details the trials of new love. Read the rest at Blu-ray.com