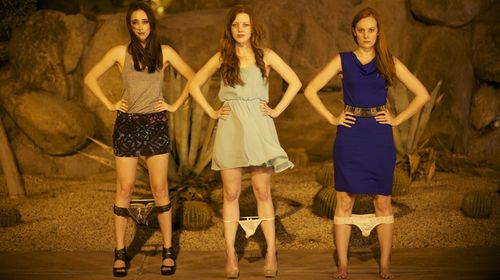 Jason Friedberg and Aaron Seltzer make up the filmmaking duo behind efforts such as “Meet the Spartans,” “Epic Movie,” and “Vampires Suck.” Divisive industry figures like Uwe Boll often get knocked as the worst director working today, but this twosome has a legitimate claim to the title. Building their brand name with movie parodies that feature no actual parody, Friedberg and Seltzer have managed to sustain a career on painfully obvious imitation, replacing funny bone invention with bodily function humor and bug-eyed punchlines. “Best Night Ever” promises a change of pace for the pair, who shed satire to make a found footage take on “The Hangover,” freeing them of their toxic routine. Sadly, old habits die hard for the partners, with their lethal sense of humor and tuneless timing decimating whatever plans “Best Night Ever” had to throw a cinematic party. Although it might be difficult to believe, this is their worst picture to date, if only because it offers a creative opportunity to prove themselves, and they blow it on yet another round of substandard stupidity. Read the rest at Blu-ray.com