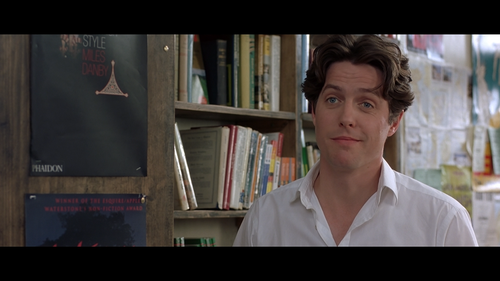 If the 1994 sleeper hit, "Four Weddings and a Funeral," kicked off the whole middle-class, Richard Curtis-scripted notion of the "Britcom," 1999's "Notting Hill" turned such submissive endeavors into a formidable industry, creating a sizable dent at the box office, even directly competing with the behemoth known as "Star Wars: The Phantom Menace." Its impressive performance isn't surprising, as the picture is the type of Casual Friday film audiences love when they take time to find it, only here Curtis has an ace up his sleeve with star Julia Roberts, who tempers the English bite of the effort with her flashy Hollywood charisma, forcing the production to find a halfway point between comedy and romance that would be able to register worldwide. Moments charm and the screenplay has a wonderful fondness for its characters, yet "Notting Hill" takes its time to arrive at a foregone conclusion, glacially working through quirk and stuttered contemplation that doesn't carry the pace it should. Read the rest at Blu-ray.com