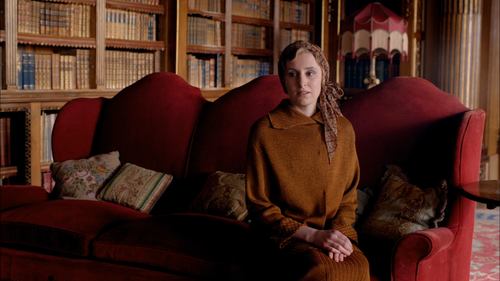 There were moments during the course of the third season of "Downton Abbey" where it felt as through creator/writer Julian Fellows was trying to turn his beloved creation of manner and misconduct into a slasher film. There was a sizable body count of main players as the program concluded its most successful year, generating a divisive response amongst fans, especially those who promised themselves to noble Aryan knight, Matthew Crawley (Dan Stevens). The demise of Lady Sybil (Jessica Brown Findlay) was equally shocking, though, to be fair to Fellowes, it appears he didn't have much of a choice when it came time to shed characters for actors who no longer wanted to be a part of the production. Keeping the turbulent tone of Season 3 in mind while embarking on this latest journey of refined melodrama is important, as Fellowes has elected to soften the majority of the narrative this time out, possibly hoping to lure back viewers left cold by all the senseless carnage of the previous year. Read the rest at Blu-ray.com