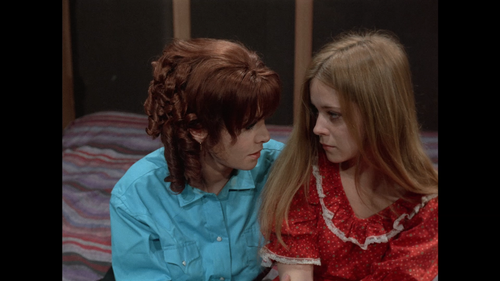 Referred to as the "Godfather of Gore," filmmaker Herschell Gordon Lewis built a legacy on the wonders of repulsive, violent entertainment. With "Blood Feast" and "Two Thousand Maniacs," Lewis gifted moviegoers a new style of horror picture that erased boundaries, delivering grotesque imagery typically involving dismemberment and torture. However, big screen pain didn't always pay the bills and, under various pseudonyms (such as "Mark Hansen" and "R.L. Smith"), Lewis returned to sexploitation endeavors that originally launched his career, before bloodshed turned him into a genre legend. With "Ecstasies of Women," "Linda and Abilene," and "Black Love," Lewis stumbles through three particularly patience-testing productions, armed only with flat cinematography and an army of actors willing to bare all for the camera, engaging in all types of softcore and hardcore shenanigans while the helmer works diligently to pad these efforts out to feature-length status. Read the rest at Blu-ray.com