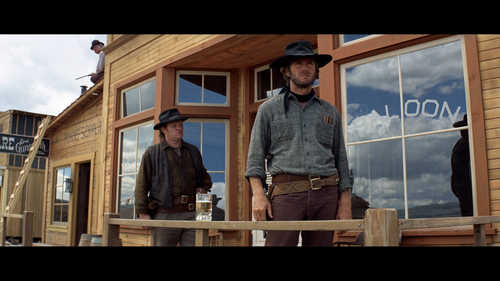 Around the early 1970s, Clint Eastwood was a major actor looking to make a transition to directing. Cutting his teeth on actioners and westerns, it would've made perfect sense for Eastwood to select a project that played to his strengths, allowing him a chance to impress the industry by taking the easy career route. Instead, the star made "Play Misty for Me," an itchy psychological thriller that showcased his gifts with modest staging, performance, and mood. Finally, in 1973, Eastwood was ready to saddle up again, with "High Plains Drifter" a return to form, assuming command of a flinty, violent western, finally able to craft his own take on a well-worn genre. Channeling the spirits of former collaborators Don Siegel and Sergio Leone, along with decades of experience on the backs of horses, Eastwood rose to the occasion, generating a refreshingly bizarre feature with an unexpected mean streak. Mysterious, sporadically comical, and classically Eastwood, "High Plains Drifter" is a wholly satisfying revenge saga that's askew enough to surprise as it exercises known elements. Read the rest at Blu-ray.com 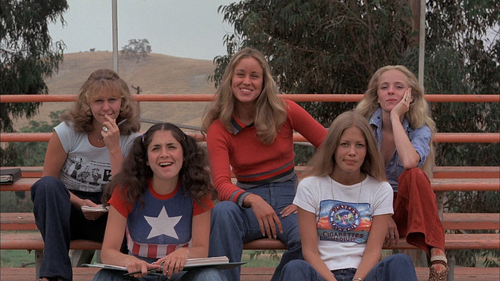 Ah, the 1970s. It was a time of randy teen behavior, bralessness, and rampant high school mischief. It was an age before movie make-up, where anyone could scrounge up a few bucks to make a film about adolescent behavior and not even bother with a plot. 1976's "The Pom Pom Girls" isn't a classic of the genre by any means, but it contains a charmingly free-flowing take on matters of the juvenile heart, following whims without any concern for structure, while encouraging its untested cast to express emotions far beyond their skill levels. Raggedy and unshowered, "The Pom Pom Girls" is best appreciated as a time capsule, where viewers of today can look back on an era before lawsuits, social media, and proper nutrition, where the only concern facing young men of the day was the number of girls they could sleep with before the weekend was over. Obvious and determined shortcomings aside, the feature does a fine job itemizing the dilemmas of '76, developing into a beguiling snapshot of the way things once were. Read the rest at Blu-ray.com