Film Review - The Hobbit: The Desolation of Smaug 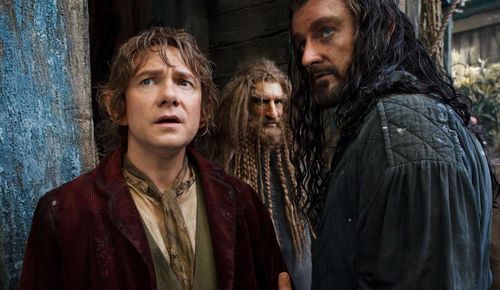 The question posed last year was how director Peter Jackson was going to stretch the thinness of J.R.R. Tolkien’s novel, “The Hobbit,” to meet the needs of three feature films. With the release of the second chapter, “The Desolation of Smaug,” the strain is beginning to show. Not built for such an extensive big screen adaptation, “The Hobbit” is fighting for oxygen in this sequel, failing to provide a reason (beyond a financial one) why the material should carry on for three years. It’s still enjoyable fantasy fun, but “The Desolation of Smaug” has difficulty coughing up reasons for its extended run time (161 minutes) and legion of characters. And this is only the midway point in the story. Read the rest at Blu-ray.com