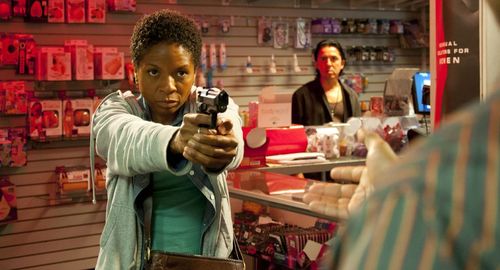 It’s been three years since we last saw a John Sayles film hit the screens, with the moviemaker taking his time between projects, maintaining a dramatic concentration that’s evident in his work. While Hollywood scrambles to adapt best sellers for the cinemas, Sayles creates literary experiences with his features, with his latest, “Go for Sisters,” another patient, layered viewing event marked by its interest in character nuance and the detail of storytelling. A tale of rekindled friendship wrapped up in a mystery, “Go for Sisters” doesn’t bring out the best in the helmer, but it remains an absorbing picture with two exceptional performances from LisaGay Hamilton and Yolonda Ross, who bring sublime presence to an effort that often needs their conviction. Read the rest at Blu-ray.com