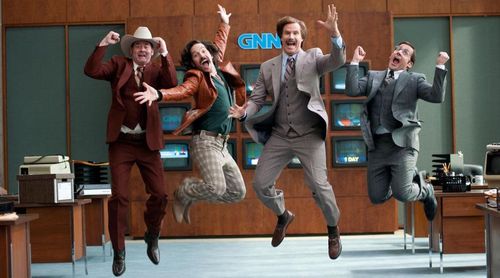 The original “Anchorman” didn’t exactly tear up the box office, but the comedy did fairly well in the summer of 2004 before soaring as a cult hit on home video. It’s odd that it took nearly a decade for a sequel to come together, finding the creative team of co-writer/star Will Ferrell and co-writer/director Adam McKay a little rusty when it comes to the revival of screen insanity. While not quite as snappy as the previous effort, “Anchorman 2” remains loaded with laughs and heavy-handed but clever satire. Missing a certain hellraising attitude, the follow-up nevertheless finds its footing quickly, allowing Ferrell and his supporting cast time to feel around the edges of stupidity, locating old rhythms as Ron Burgundy is hit in the face by 1980. Read the rest at Blu-ray.com