Blu-ray Review - Day of the Animals 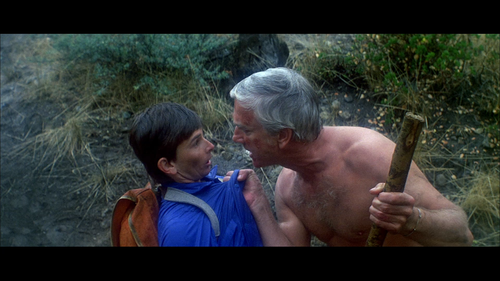 They certainly don't make films like this anymore. 1977's "Day of the Animals" was released during a time of "nature strikes back" horror pictures, looking to spook audiences with a plausible enemy born from the shadows of the great outdoors. It's an interesting subgenre, and one that doesn't find many takers these days due to strict animal handling issues, leaving a title like "Day of the Animals" doubly compelling as both an exploitation movie and a sneaky production that somehow masterminded brutal animal attacks on a limited budget, though perhaps it's best to leave behind-the-scenes particulars alone (call it the "Milo and Otis" rule). Although undeniably silly and ridiculously broad at times, the feature remains a beguiling look at an environmental meltdown, using hot button scientific study of the time to inspire a violent chiller that pits man vs. beast or, during one scene, boy vs. shirtless Leslie Nielsen. Either way, "Day of the Animal" is a terrifically entertaining look at a unique type of doomsday. Read the rest at Blu-ray.com