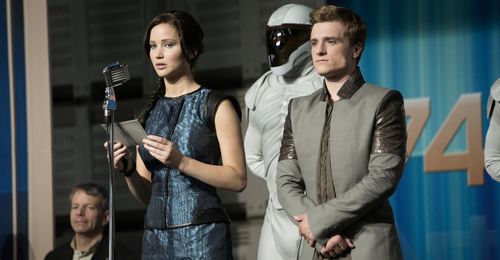 A little over a year ago, “The Hunger Games” made its cinematic debut, wowing audiences delighted to see the work of author Suzanne Collins brought to the screen. For those outside the circle of fandom, the picture was a difficult sell, slowed by tremendous exposition, disrupted by an absurd use of shaky-cam cinematography, and cursed with a deflating climax that promised nail-biting situations of survival, only to gradually slow to a crawl. Now there’s a sequel, “Catching Fire,” and a change in the director’s chair, with Francis Lawrence taking over for Gary Ross. Although the narrative continues down an established path to dystopian revolution, there’s renewed purpose to this part two, finding “Catching Fire” skillfully communicating beats of unrest and despair, finding a way to help the ongoing franchise settle in as an energizing story of an underground uprising. Read the rest at Blu-ray.com