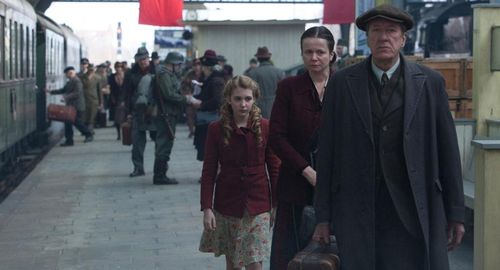 Although it’s being marketed as a tearjerker, “The Book Thief” is far stranger than it appears. Perhaps fans of the 2006 novel by Markus Zusak won’t be unnerved by the oddity contained within the film, but newcomers to this tale of wartime perseverance and the joys of literacy might find themselves baffled by a few of the elements that define this story. For example, “The Book Thief” is narrated by Death, who provides a running commentary on the extraction of individual souls and the beauty of expiration. Didn’t see that one coming, did you? Surprise is a valuable weapon in this otherwise familiar tale, keeping viewers alert enough to make it through this overlong but sincere coming-of-age saga. Read the rest at Blu-ray.com