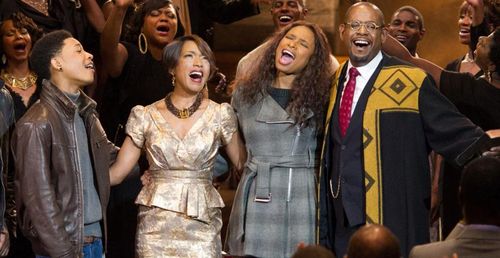 “Black Nativity” takes its title from a 1961 Off-Broadway show written by Langston Hughes, but it doesn’t have much in common with the source material. Instead of slavish recreation, writer/director Kasi Lemmons creates her own take, mixing theatrical staging and broad performances with cinematic intimacy, trying to convey a faith-based story in an unusual manner. She’s marginally successful, establish a raw, low-budget energy to the feature that keeps it surprising, while performances are generally accomplished, selling the morality of the story without dissolving into a puddle of amens. Straightforward but convincing, “Black Nativity” is refreshingly restrained, making it a nice counterpoint to other, noisier holiday entertainment. Read the rest at Blu-ray.com