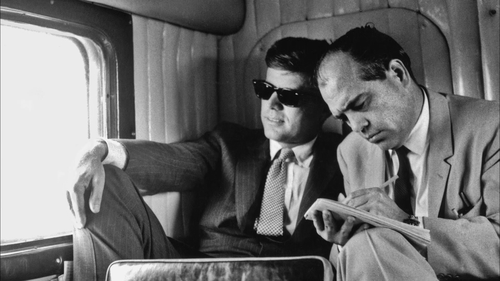 On the 50th anniversary of his assassination in Dallas, the life and times of John Fitzgerald Kennedy is recounted in the new American Experience production, "JFK." Stripped of conspiracy theories and belabored political dissection, the two-part program seeks to pull focus away from eye-crossing debate to expose how John lived his life, growing from a sickly boy into one of the most powerful men in the world. Gathering interviews with experts, family members, and authors, collecting photos and film, and using recordings created by John while in the White House, "JFK" constructs a dynamic weave work of experience and ambition, shaping a portrait of an American icon that's honest and engaging. Instead of playing up the myth, the show scrapes away the protective layer of time to expose John as a fallible man who strived to make his homeland a better place, using connections, good looks, and intelligence to achieve greatness in a manner that might inspire his fellow Americans, working to protect a country he dearly loved. Read the rest at Blu-ray.com