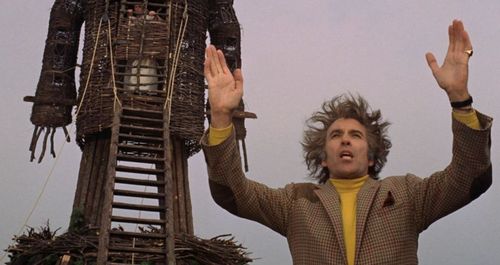 This re-release of 1973’s “The Wicker Man” is labeled “The Final Cut” to provide a little marketing muscle, suggesting director Robin Hardy has finally had his way with the feature 40 years after its debut. There have been multiple versions of the movie, created from various source materials, yet “The Final Cut” promises a definitive construction of screenwriter Anthony Shaffer’s tale of pagan manipulation and Christian fury. Perhaps in Hardy’s eyes, this is the last word on “The Wicker Man,” but instead of engorging the effort with additional secrets and oddity, he’s trimmed the picture in a peculiar manner, attempting to cut to the chase to limit any initial disinterest in crucial characterization. Read the rest at Blu-ray.com