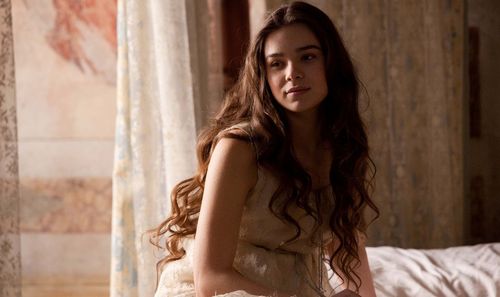 William Shakespeare’s immortal play of melodramatic love, “Romeo & Juliet,” has been brought to cinemas on numerous occasions, dating back to the year 1900. The catnip charms of tragedy are easy to spot, wallowing in swoon and sacrifice, but to resurrect these tired words for the screen requires imagination, someone willing to color outside the lines. Think Baz Luhrmann’s delightfully bonkers take on the material in 1996, where he turned the world of Verona into a hellish smear of MTV aesthetics. For this new version of “Romeo & Juliet,” screenwriter Julian Fellowes has decided to discard much of the Bard’s original text, using his own version of Shakespearean sophistication to mastermind an unusual take on the everlasting play. It’s a baffling choice, but one with potential, eventually smothered by a glacial pace and a few ridiculous performances. Read the rest at Blu-ray.com