Film Review - Money for Nothing: Inside the Federal Reserve 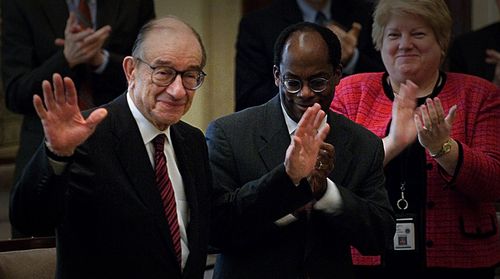 The documentary “Money for Nothing: Inside the Federal Reserve” wasn’t planning on a collapse of government when it was originally assembled, but talk about primo release timing. Issued during a tempestuous era where leaders willingly turn their backs on their constituents and America’s financial future appears impossibly bleak, the picture looks to dissect some of the country’s more pressing monetary woes, hoping to give the average viewer a working knowledge of a complex system that basically steers the future of the nation. There are times when the movie seems expressly built for economists, yet there’s enough visual hand-holding in “Money for Nothing” to make its behemoth target understandable in a rudimentary way. Read the rest at Blu-ray.com