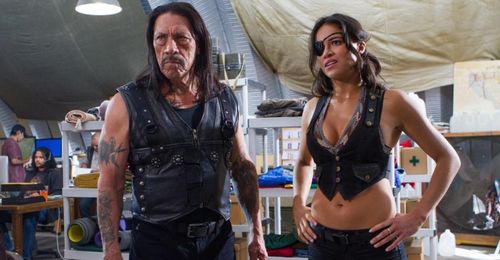 Developing into an unlikely franchise, the “Machete” series appears to only be warming up with “Machete Kills,” the second installment in the saga of this scowling Mexican superhero. Brimming with all types of over-the-top antics and ultraviolence, the follow-up matches relatively well with its 2010 forefather, with director Robert Rodriguez increasing his customary insanity as he forges a genre-smashing path to yet another adventure, teased at both the beginning and end of “Machete Kills.” Viewing this wacky universe of weaponry, villains, and doomsday as his personal “Star Wars” saga, Rodriguez leans even harder into the absurdity of it all, stuffing the feature with characters and catastrophes. The fun is infectious, even when the movie becomes winded due to all the superfluous business the helmer insists is necessary. Read the rest at Blu-ray.com