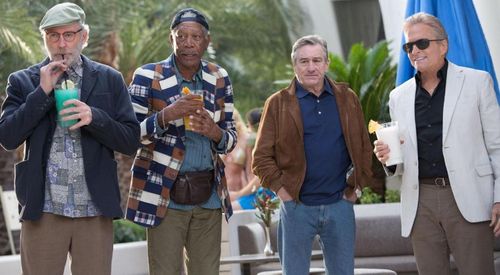 It seems unfair to compare “Last Vegas” to “The Hangover” franchise, though it’s obvious where the production received its inspiration from. Instead of brain-fried debauchery and R-rated shenanigans, “Last Vegas” plays it pretty mild for its older demographic, with Viagra jokes and bikini contests passing for edge around these parts. Director Jon Turteltaub is rather notorious when it comes to cranking out pictures with mass appeal (“Nation Treasure,” “Phenomenon”), and his vanilla approach remains in full effect for this dramedy, though a few surprises are sprinkled throughout the feature, and the helmer has quite an advantage with his stellar cast, unleashing four pros on threadbare script, using their natural gifts to make the viewing experience as pleasant as possible. Read the rest at Blu-ray.com